The new marijuana law that passed in the election

Earlier this month, Michigan voters approved Proposal 1, which legalizes the recreational use of marijuana by individuals aged 21 and older. Marijuana is currently legal for both medical and recreational use in nine states and legal for medicinal purposes in twenty-one additional states.

56% of voters approved the new law, making Michigan the first state in the Midwest to legalize recreational marijuana. The state legalized medical marijuana ten years ago. However, this doesn’t mean that residents can use marijuana freely throughout the state. Recreational marijuana use is subject to a number of regulations.

The Law Allows Possession Of Up To 2.5 Ounces 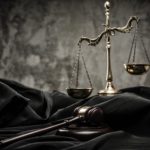 It will be legal for individuals to grow up to twelve marijuana plants in the state and store up to ten ounces of product from those plants.

All marijuana sales within the state of Michigan are subject to a 10% excise tax. The law details how marijuana tax revenue is spent. At first, the tax revenue collected will go towards the implementation, administration, and enforcement of the law. Later, an annual $20 million will go towards clinical trials approved by the United States Food and Drug Administration (FDA) to research the efficiency of marijuana in the treatment of medical conditions of United States’ armed services veterans.

The New Law Does Not Pardon Those Previously Arrested for Possession

The law does not affect individuals that were previously arrested for the possession or sale of marijuana. These individuals must still serve their required sentence and pay all associated fines.

Michigan joins California, Colorado, Maine, Massachusetts, Nevada, New Hampshire, Oregon, Vermont, and Washington in the legalization of marijuana for recreational use. This is in contrast with the Federal government, who recently instructed U.S. attorneys to enforce the federal prohibition on marijuana.

Even with legalization, it could take over a year for retail shops to sell marijuana in Michigan. However, local government can decide to limit or restrict marijuana businesses within their jurisdiction.

Chris Kessel Law provides legal support for individual and families in Michigan. Please contact us if you have questions about Michigan’s new marijuana law.

Chris Kessel has been defending the rights of his clients for 10 years.  Let him put his knowledge and experience to work for you.  Whether you’re facing criminal charges or fighting for your family, Chris Kessel is an attorney you can trust.