With over 10 years of practicing law, Chris Kessel has become one of the most well respected and trial tested attorneys in the Metro Detroit area. Chris began his legal career as an Associate Defender at the Legal Aid & Defender Officer of Wayne County, one of the busiest public defender officers in the United States. In his 3 years at LADA Chris represented clients in over 700 felony cases. Initially Chris was assigned cases involving various drug charges, assault and battery charges, weapons and firearms charges, and drunk driving charges. However, Chris quickly established himself as able to handle more serious cases and, within a year, he was assigned cases involving armed robbery, carjacking, various sex offenses and attempted murder. During this time Chris had one of the heaviest trial dockets in the officer and secured not guilty verdicts in dozens of trials. This initial experience allowed Chris to build the foundation necessary to later become one of the top criminal attorneys in Michigan. In 2012, Chris left the public defender’s office for the world of private practice where Chris routinely represents defendants charged with high-level felonies, which have recently included charges such as kidnapping, criminal sexual conduct, attempted murder and various levels of homicide. In the last few years Chris Kessel has obtained verdicts of not guilty on charges of first degree - premeditated murder, felony murder, criminal sexual conduct - first degree, armed robbery, operating under the influence, domestic violence, and felonious assault, attempted murder, home invasion – first degree, assault with intent to do great bodily harm, criminal sexual conduct – second degree, operating while intoxicated, felonious assault, and lying to a police officer, just to name a few cases. Working in the criminal sphere has given Chris the chance to work daily with both prosecutors and judges earning their respect and trust. These relationships are important not only because they allow Chris to advise his clients on their best course or action, but also because they allow Chris to obtain results unachievable by many attorneys. Moreover, the respect earned by Chris from judges and prosecutors across the metro area serve as proof of the quality of his legal representation. These relationships are part of what has helped Chris become one of Michigan’s top criminal defense attorneys. During his time in practice, Chris Kessel has also become one of a small number of top drunk driving (OWI) attorneys in Michigan. With his knowledge of drunk driving laws, punishments and fines, Chris has been able to secure excellent resolutions of cases for his clients across the State of Michigan. Chris also regularly represents clients who have lost their license as a result of an OWI. By knowing the ins and outs of driver’s license restoration, Chris can successfully represent his clients who wish to have their licenses restored. Through he has focused on his criminal defense practice, Chris has also been able to help to better the lives of his individual clients in civil court. However, it was his work on the Deboer v Snyder case (the challenge to Michigan's ban on same-sex marriage) that gave Chris a chance to better the lives of millions of lives across the country. Chris was one of a small group of attorneys who fought against those who wished to deny same-sex couples their constitutional rights, in a case that went all the way to the United States Supreme Court. While Chris specializes in litigating cases and has amassed an impressive success rate in trial, he is also an extremely effective brief writer and motion practitioner. Chris spent time working with the Chief Judge of the Eastern District Federal Court in Detroit, where he gained the unique perspective on what judges look for in an effective argument. Whether in criminal, family law, or civil practice, Chris has written and argued motions that have successfully disposed of any number of cases.

The Proof Is In The Numbers 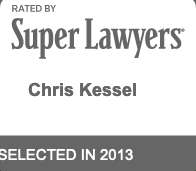 From the latest local legal news to the buzz from around the Nation, our law blog offers the latest updates on important issues that impact us all.